Apple Wants It All!

Apple came up with a bunch of services and subscriptions. They are being aggressive, and nobody can blame them! It’s a big company, obviously, a huge brand and they have got to use it so well!

Let’s get back to last Apple’s announcement, CEO Tim Cook started with the first subscription, which is:

A monthly subscription of $9.99 so you can be delighted with access to more than 300 magazine subscriptions! It really sounds very fancy. Maybe the elite will enjoy this service as I can’t see the normal user paying for such a service like this one, much less having the time to read all that content.

Would I subscribe to this one? No. Good luck, Apple! I’m out!!

Apple is going for your money! It’s not actually your money, it’s the credit card companies’ profits. Unlike any other credit card up for offer at the moment, you get daily cash back on all purchases, and from 2% to 3% if you’re buying directly from the Apple store. That’s not bad.

Personally, I like this one! I already have a couple of credit cards and it won’t hurt my credit score if I get a new one. Also, I believe this competition will benefit the customer as competitors have to come up with better offers. So, it’s good for me but bad for the creditors.

This is a gaming service. The subscription will grant you access to 100 online games which you can download and play offline as well. You can use this service across multiple platforms like Mac, iPad and iPhone devices. The service will be available this fall in 150 countries.

Would I use this one? I really don’t care about games anymore. However, let’s see if my son likes or not. I will let you know 😉

Apple wants to produce movies and stuff! Sounds weird, however, whatever it takes! Apple originals will be an ad-free subscription coming in the fall in 100 countries. Apple TV+ will not be a separate app, it will be an add-on paid subscription within the Apple TV App. By subscribing to this service, you will be able to get access to Apple’s originals and it will be the exclusive way to watch their content.

I am doubtful of their success in this field as they are going to compete with big companies like Netflix. However, the Apple mindset is like, why not? If you have an iPhone, which is very expensive as we know, you may already have added one or 2 of their other subscriptions. What would be the harm in trying Apple TV+, then?

To wrap this up, in my opinion, it will be a big electronic battle between Apple and Google over our affections and our lives. Both of them now seem to be a part of everything in our world, personal and business. If I am using an iPhone, managing my business on an iPad, watching Apple TV+, navigating by Apple Maps,  playing on Apple Arcade, getting informed from Apple News, and more importantly, paying via Apple Card which will own my debt, what else will be left? My life will be so dependent on Apple, or  Google if I use Google devices.

Hopefully, we get the most benefits from these services and subscriptions. Let me know which ones would you like to subscribe to? 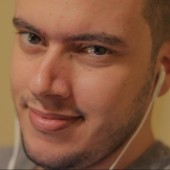 "Choose a job you love, and you will never have to work a day in your life." I really believe in this quote. As we work most of our lives, I don't think that work and personal life are two different things. Work shouldn't be boring, it MUST be interesting and meaningful. And you can't achieve that unless you work what you love. In my personal experience, working remotely was my way to achieve that. As work = life = family = fun! All connected together, I could plan for my life and work without having any conflict. I can work whenever I want wherever I want! I am glad to be part of Yamteq where I can share my thoughts and ideas regarding working remotely and other aspects of life.

Post-Holiday Sales For Your Home Office

Why do we care so much about working remotely? Because we believe it can mean achieving career goals without sacrificing personal ones. We believe work should = enjoying life and family. Having realistic expectations and practicality are key to being productive while loving what we do.

So enjoy, ask questions, learn, and share your story. And of course, work and live with passion.

Do you want to know more about the topics covered on Yamteq?

Subscribe to our newsletter to be stay informed. We'll never email you more than twice a month, share, or sell your information to anyone.

You have Successfully Subscribed!